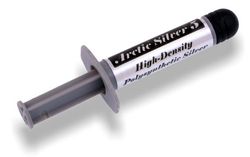 After cleaning out the vents and raising the laptop a bit from the desk’s surface, the idle temps were still hovering around 50C, and under load, the temps would jump above 60C, prompting the bios to issue a shutdown order.

Went out on the Net and started doing research, everywhere I turned, aging thermal compound appeared to be the culprit. In order to alleviate the overheating issues, I would need to open up the laptop to gain access to the processor, but I lacked instructions. Gateway had manuals on user replaceable parts that you could get to from the underside, but no full blown schematic on where internal parts resided.

More time on the Net yielded images, user contributed wiki pages and how-tos that pointed me to the processor location. I’m no stranger to the insides of desktop computers, but a laptop was always this sealed box that you left alone and when it died, you went out and bought another one. But I didn’t want another one, I wanted to keep running Windows XP.

A quick trip to Radio Shack to buy Arctic Silver 5 thermal paste and I was ready to start the operation. Gathered all my small tools, cleared the kitchen table and gingerly took off the keyboard. An aluminum plate was the only thing separating me from the processor heatsink and fans. Once the heatsink came out, I could see that the old thermal paste was dry and brittle, not doing much of anything.

As per Net instructions, I used alcohol and q-tips to clean off the processor and heatsink. I sparingly applied the thermal paste to the top of the processor, just a thin layer as per instructions. While I was in there I decided to add more memory, switched out the internal 512MB with 1GB, matching the 1GB in the user accessible bay.

Booted up, fingers crossed, fired up Speccy. Idle temps had dropped to 35C, amazed I was, ready to go apply at the Geek Squad. But the true test is under load, Firefox playing a Flash based movie always lights up task manager, just a test I said to the laptop. Under load, the temps never got above 55C, and shortly after stopping the movie, they were well under 40C.

With new thermal paste and 2GB of ram, my laptop and I are happy campers. Yes, you could say I’m entrenched in Windows XP and I ain’t leaving, except to the Debian partition.